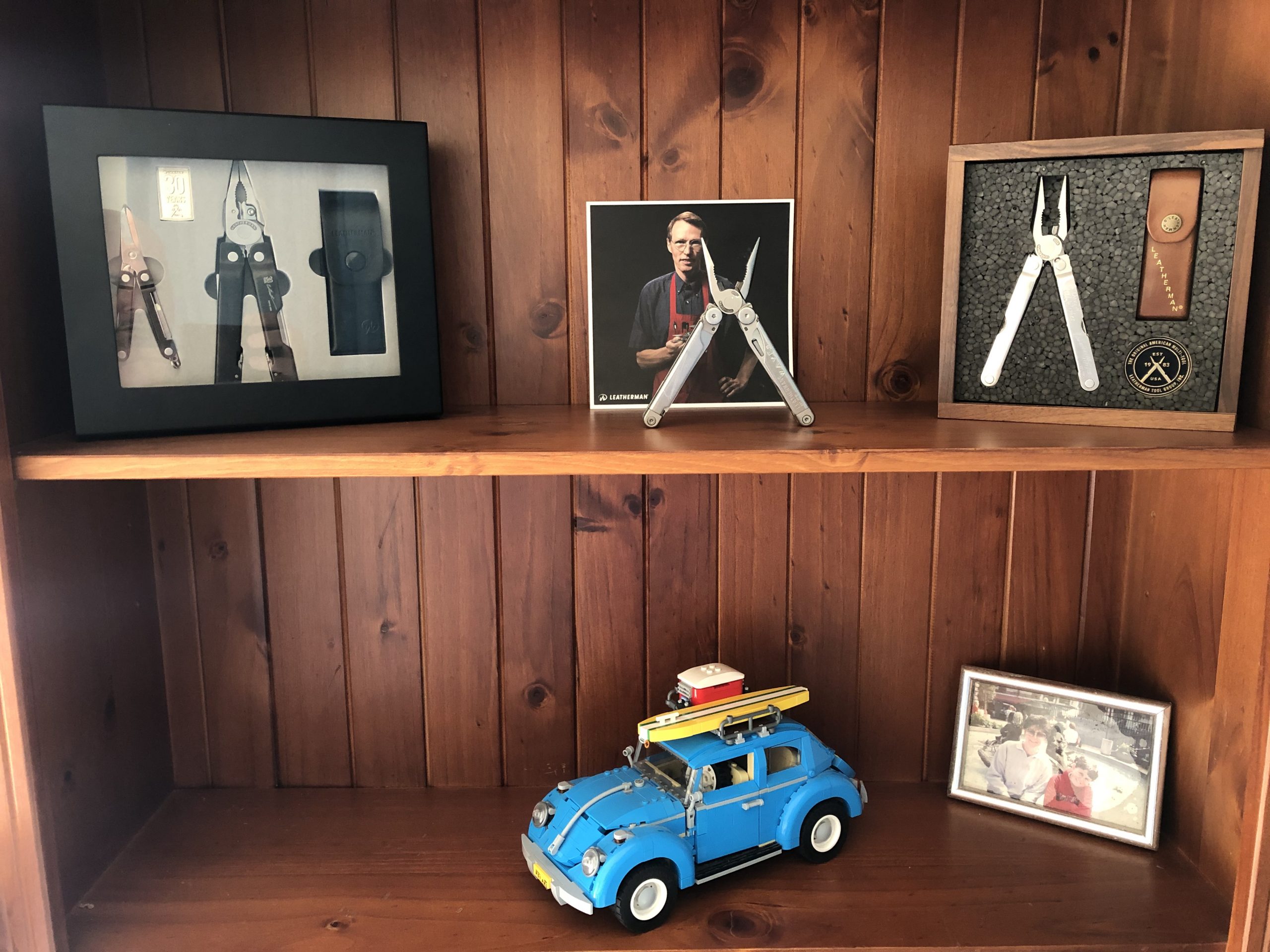 LM: Hi David thanks for chatting with us. Tell us a bit about yourself. What do you do for a job?

DCH: I’m an Account Manager for a gas supplier company.

LM: What part of the country are you from?

DCH: Born and raised in Auckland (but don’t hold that against me!)

LM: Haha, well one third of the country wouldn’t be doing that. How do you spend your spare time when not battling the Auckland traffic?

DCH: Mountain Biking, Cooking, Brewing Beer, BBQ. Lots and lots of DIY. Getting out and exploring the country with my family.

LM: We think you could host a heck of a party after hearing that! You mention a lot of DIY, how did you handle the lockdown?

DCH: My business did not close during lockdown so it was a busy time. My wife and myself worked at the kitchen table on laptops and the kids at the other end of the table doing art, crafts and schoolwork. I always had a Leatherman with me to help with all the crafts.

LM: A few of us around the office did the same thing – if only we were paid for parenting as well! We didn’t think you’d ever be far from a Leatherman. What was the first Leatherman you ever owned?

DCH: The original Wave in a brown leather sheath. Its been a constant companion for years. It’s been all around the country and packed carefully in my suitcase for overseas travel. I retired this when I got the second-generation Wave. The bit exchanger and bit kit were a big draw card along with the locking tools. It has been amazing. This now lives on a shelf with a couple of special Leatherman tools. It still gets used from time to time too!

LM: Your favourite Leatherman does feel like it’s one of the family doesn’t it? Do you recall the first time you saw/heard about Leatherman?

DCH: It would have been in the 90’s. There was a shop in the Mid-City Arcade on Queen Street in Auckland City that had a Leatherman display. I was amazed at the engineering in making a folding set of pliers and how many tools were packed into a small space.

LM: Tim and the team really are an amazing team of designers! How many Leatherman do you own? And do you have a favourite?

Wave, Wave Second Gen, Charge, Orange Skeletool RX, Crunch, Micra, Black Oxide Surge, Tread and my Tim Leatherman signed and boxed 35th Anniversary PST, Limited edition Leatherman watch (which is number 7 of 20 for New Zealand). I was lucky and was chosen as a Leatherman Super fan and met Tim Leatherman and his wife Chau on their worldwide tour in November 2018. It was amazing to meet the man that had been by my side for so many years

My most recent acquisition was the Boxed 30th Anniversary Supertool 300 and Micra. This was my prize when I was chosen as New Zealand’s #1 Leatherman fan. They have only come out of their case a few times!

Picking a favourite is hard as like people they have different qualities. But it would be the Wave or the Wave Plus (that I need to get my hands on soon) as you can do soooooo much with them.

LM: You don’t get voted a super fan and New Zealand’s biggest fan without having a list that extensive! What do you use them for?

At work: Opening boxes, cutting signs, fixing broken furniture. I have even had our Property Manager come to me asking to borrow a Leatherman to fix things in the office.

At home: Arts and crafts, I have used a Leatherman to cut a birthday cake.

I take one when we go mountain biking, I keep my Skeletool RX in the car for emergencies. They are used on picnics.

I have lots of tools, but as I have a Leatherman in my pocket, they don’t get that much use!

LM: They are a toolbox in your pocket, aren’t they? We haven’t heard of using one to cut a birthday cake before! What is the strangest thing you’ve used your Leatherman for?

DCH: I have used my Crunch as a door handle. My original Wave got used as a weight when dropping a line down inside the wall of my old house running the Aerial cable in the wall for the TV.

LM: Proof there’s almost nothing a Leatherman can’t do. Does anyone else in your household own a Leatherman?

DCH: My wife has a Leatherman Juice; she doesn’t really need much else as I have a few…. My mother is a nurse and I got her a Raptor for work and a Skeletool for other times. I bought a Rebar for my brother-in-law, a Micra for my sister-in-law. I gave my friend a Supertool 300 and a Micra.

My son keeps asking when he can get one, so I will have to see about that. There are plenty he can use now though.

LM: I think if he plays his cards right he’ll have one to call his own soon enough. If you could design the perfect Leatherman for you, what tools would it have? What would it be called?

DCH: I have a couple of ideas:

The base would be a Surge sized tool with a Damascus knife blade. Scissors on the outside and the T Shank blade exchanger like the Surge. I would add a hammer on the end like a Signal or a MUT and a spare driver bit location like the Skeletool. If we could get the magnetic tools like the FREE series that would be amazing too. Then add titanium sides like the Charge TTi. Not sure what to call this one? Any Ideas?

LM: You wouldn’t be a Leatherman user if you didn’t have a couple of ideas. We think the Leatherman DCH has a nice ring to it!

A Crunch with a bit driver and a spare bit location like the Skeletool, magnetic tools like the FREE series. Then sized up to be the same size as the Surge in black oxide finish.  I’d call this one the Crunch Max.

LM: We might have to note down some of those ideas! What Leatherman is in your pocket today?

DCH: My Signed PST, along with my Ledlenser P3R, Brass Fisher Space Bullet pen. With my Tread and Leatherman Watch. My Micra is always in my work bag just in case too.

LM: Wow, we can understand why your tools in the toolbox don’t get a lot of use. It’s been great chatting with you we look forward to seeing more pics on social media!